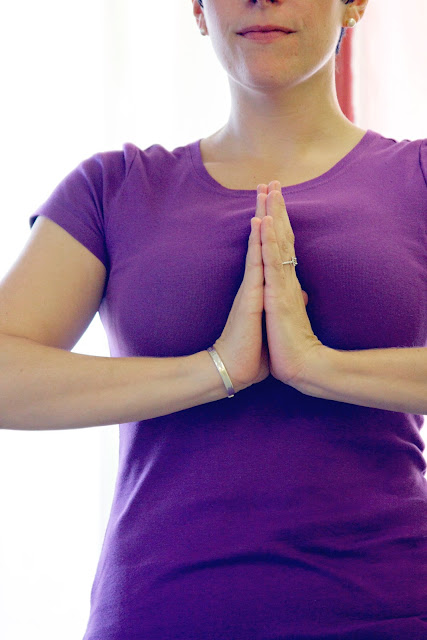 I made the decision that this was the year that I was finally going to get a breast reduction. I’ve always wanted one. I’ve had these double D breasts since I was 13. Double D on a small 5’3 frame is rather large.

Throughout my life I’ve had a mostly ‘hate’ relationship with the size of my breasts. I’ve never felt comfortable with the attention they created, how they pulled men’s focus from looking into my eyes when speaking to me. I went through a phase of only wearing baggy clothes for many years and then I finally accepted my boobs and at times in my life I used them to my advantage. When I was in my twenties I toiled with the idea of getting a breast reduction but decided to wait until after I had children.
Many women get excited when they have new pregnancy boobs, cleavage they didn’t have before magically appears one morning. I was devastated; pregnancy boobs pushed me out of shopping in an actual store and into a world of online ordering for such a large cup size. And don’t even get me started with nursing bras!

I’m done reproducing and tired of the pain in the back (literally) that these large breasts are causing me. So I made the consultation appointment with a plastic surgeon for a breast reduction. There are a few steps you have to take before surgery day; you need to get a physical, blood work and a mammogram….simple enough. I made the appointments and in general was feeling giddy about the new set of breasts I will soon be having. Day dreaming of strapless dresses that I’ll be wearing this summer, the different style of bathing suits I’ll be able to wear without having to worry about underwire support and coverage.

The radiologist office that I chose specializes in mammograms, once you are called back you are asked to change into a little cotton hospital-gown-type top and sit in another waiting area full of women who are also in the same cotton tops with no bras on. As I entered and found the changing stall, each of these women looked at me with such sad eyes. I imagine the voice in their head saying, “ Oh that poor girl, she’s so young.” I smiled and gave a general “hello” to all the sixty-year-old women, as I would to a room of students in a yoga class. I found my seat, wishing someone would start talking to me so I could loudly say, “I’m here because I‘m having a breast reduction.” I imagine them all nodding and thinking to themselves, “Oh that explains it!”

But no one was talking to each other. Finally a woman in her mid seventies emerges from one of the changing stalls and says loudly to no one in particular, “Well I’m nervous as hell! Aren’t we all? Can we talk about it?” That was all it took to get this group of women to laugh and exchange success stories and recommendations for oncologists. I sat in the back and listened while pretending to read my magazine.

I get up and it’s obvious they forgot I was there, again the sad eyes from the room of older women. The boastful seventy year old says “Go get em!” and raises her fist.
The room breaks into laughter!

During the mammogram, unexpectedly they discovered a mass in my left breast. After the appropriate numbers of images were taken I’m moved into another room to have an ultrasound performed. I can’t see the screen; the technician has a permanent furrow in her brow as she swipes the wand back and forth over the same area on my breast. Stopping to only type something on the machine and then the wand is back to that exact spot. My heart begins to race. I’m told the radiologist will speak to me in a few minutes.

The kind eyes of the radiologist and her directness about the mass puts me at ease, she assures me at my age it’s most likely a benign fibroadenoma and just to be sure they would like to get a biopsy done. Thankfully due to a cancelation I’m able to come the next afternoon.

I’m really good at keeping it together in these types of situations but once I closed the door to my minivan, I pressed my forehead into the steering wheel and cried for a solid twenty minutes. I was scared and it felt like my world was spinning out of control.

The next day I arrived for my vacuum assisted needle core biopsy, the doctor took four samples of the mass. After three long days of waiting the doctor called to tell me that I have a very rare type of tumor that only one percent of women get, it’s called a Phyllodes tumor.

“You need to see a breast surgeon.”, the doctor on the phone informs me.
I tried to respond but no sound would come from my mouth.
“Now. Oh...and Happy Birthday!”

♥ I am so touched by your story. I recently had a scare - my results came back negative, but it was a 12 week process waiting for tests to come and results to be mailed. I will share your story and wish you all the best in your medical journey! ♥ I will be following your blog for updates and news.

Oh Gretchen, I am so sorry. From what I understand of these tumors, they need to be surgically removed, but often are found benign after being studied. I am so very much hoping this is the case with you.
You are an amazing woman - no matter what, I'm sure you will kick serious ass.
Holding you in my thoughts.

Oh Gretchen, I am so sorry. I am hoping for the best prognosis after removal. You are an amazing woman, and I know you will kick some serious ass if needed.
I am holding you in my thoughts.

Wow...that is one heck of news to get on your birthday!! I will remember you in my prayers. Sandy

Hi! I'm sorry that you have to go through this. I'm 6 months out of breast cancer treatment and happy to say I'm all clear! It's scary, but there is light at the end of the tunnel. I can relate to feeling like everything is spinning out of control. It'll be like that for awhile, but soon things will settle and you'll be able to get a better grip on what's happening. I'm sending love and healthy vibes your way. You're not alone, :)

@ Cody- thank you for reading. So happy to hear that your results came back negative. Be well friend.

@ Jenni Chiu- thank you for stopping by. I plan to kick some serious BC ass for sure! :)

@Sandy. Thank you for reading and sending prayers my way. Be well.

That is definitely a memorable present, huh? And that's all this is going to be soon-- a memory. May you find courage and love to get through this stage!!

Have you heard all the new information about vitamin D. In the last 3 years 7 MDs have written 7 books about vitamin D. Unlike vitamin C, vitamin D is not a vitamin but a steroid hormone. Doctor of Public Health, Cedric Garland, says that enough vitamin D (lifeguard lelvels) will virtually eradicate breast cancer.

But since yours is rare it may have very little to do with vitamin D. If a doctor gives someone, 3 months to live, it would be bad news. But the advice would be to take one day at a time.

Gretchen ~ My heart is filled with love and support for you. Your words are beautiful. Your spirit is beautiful. And as Jenni said, you are an ass kicker. You will prevail. So grateful your body brought this to your awareness NOW so you can kick it in the ass asap. You are in my thoughts and prayers and hugs. Show that tumor who is boss!

Much love Gretchen-prayers, well wishes and tons of love headed your way from NYC!

Oh Gretchen, I am so sorry to hear this but you kick it on it's arse, okay?

I have no words right now. I just kept looking at it and reading it and looking at your name and kept thinking.... She can't be talking about herself.

Lifting you up in prayer that they get this removed and you have no further treatments needed.

Big Hugs and Lots of prayers.

Thank you all for commenting and reading my story. It means so much to me! Be well friends.