Adoption From Foster Care- What's my take away lesson? 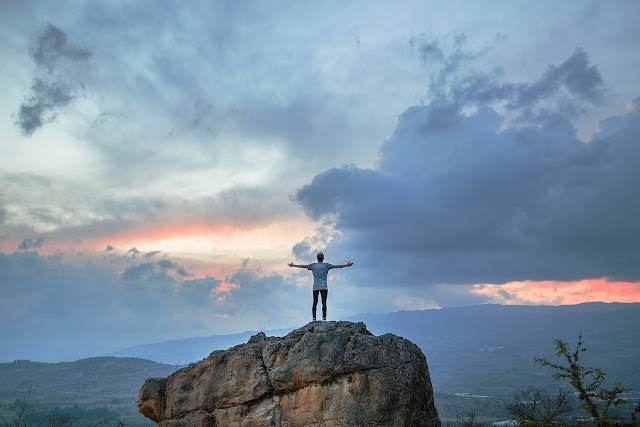 Photo by Joshua Earle on Unsplash

After I have endured a difficult experience in my life and once it's over and some time has passed I like to take a moment and reflect on the lessons learned throughout the process. I believe that the Universe oftentimes holds a mirror up to you and reflects back to you what you need to see by putting those people or experiences in your life. What is my "take-away" from this experience? What am I supposed to learn by parenting M?

The lesson that I think I learned by having M in our home is how important self care is, luxuries that maybe you didn't allot for previously. And by luxuries I'm not just talking about things that cost money but also about the luxury of time spent doing something. When M was living with us I was depleted; emotionally, spiritually and physically. I was at the bottom of my well. To be honest, it's been a really long time since I've been in that place and it scared me to be back there. So I reached out and grabbed for life preservers. I immediately went for the self care items that I have used in the past; yoga and meditation. But I have practiced yoga and meditation on a daily basis for many, many years and it use to feel like self care to me but now it's just a part of my normal day like having a cup of coffee. I needed something new. Someone suggested acupuncture and when I was pregnant with Z (12 years ago) I did acupuncture my entire pregnancy, so it wasn't exactly a new idea for me but it had been so long that I had forgotten about how wonderful it was. I made the appointment and fell in love again with the practice.

I also bought running shoes. I've never been the type of person who loves running and I still don't know if I would utter the word "love" in the same sentence as the word "running" but let's just say I enjoy running now. I enjoy the feeling of power in my legs and the way my lungs feel filling up with air. I enjoy the psychological twist, like I am "running from my problems". After sitting in meditation where I lean into problems and explore their depths. It's nice to feel as though I can run away from them as well, we can do both. It's a beautiful balance.

And the most important part of my lesson on self care is that I am writing again. Two years ago when we started this process of adoption I was near being finished writing my book, a memoir mixed with yoga philosophies, and I put it on hold because I was scared to throw it out into the world when we were trying to adopt a child. That somehow it would cloud other people's opinions of me since I have lived a very full life and in the book I talk openly about my struggles with addiction. But now I know how important these stories are and I want to share them with the world. Maybe each of you can see a glimmer of yourself or someone you know within the stories I'm retelling. And rather than feeling judged, I'll feel as though I am a part of someone else's healing and self care. What if we each sent out into the world the energy that we needed in return? What if we each influenced the self care of others by simply being an example, of living by example. By allowing ourselves the luxury of time spent devoted to ourselves and rather than going through our days feeling rushed and stressed out instead we entered the world full; emotionally, spiritually and physically.
That's the world I'd like to live in, wouldn't you?
No comments: 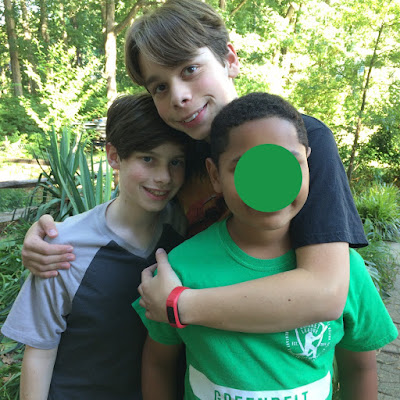 Many of you have followed along via this blog and social media as my wife and I and our two boys navigated adoption from the foster care system. It's been an emotional experience. We did the proper training, read so many books on parenting children who have experienced trauma and neglect, we felt prepared and to top it off we have personal experience parenting a special needs child so we know how to navigate IEPs (Individualized Education Plans) and specialized therapies. We created calendars and charts to relieve anxiety for him and to be clear on expectations. We wanted to set him up for success and to feel at ease transitioning into our home.

We have been working with a private agency and he came into our lives from another state. We spent months visiting him twice a week so that we could get to know each other, to ensure a successful placement. We thought that this was the perfect match.

But it wasn't until he arrived that we were aware of some of his diagnosis, and his history of behaviors in prior placements. Though he never expressed these behaviors prior to placement in our home, during our visits he seemed like a different child. But once we were living with those behaviors for 24 hours a day, it was then that we truly understood them. What we didn't realize is how one person's behavior in our house can cause so much turmoil.

On a random day when everything was going well and everyone was in a good mood, he confided in my wife that he doesn't in fact want to be adopted. At nine years old he is allowed to make that choice and he would rather jump around from home to home and age out of the foster care system than to be adopted by another family because as he puts it, "I already have a family."

It has been two weeks since he left and we have slowly put the pieces of our family back together again. It's surreal how this child was a part of our lives and now he's out there in the world and we have no idea where he is or how he's doing. My heart is sad for him. I include him in my daily prayers, that he will find peace within himself. That he will be able to be open to love and accept it willingly. I ask God to watch over him and to someday allow our paths in life to cross again. Greatness is inside of that child. He could be someone quite amazing some day. And I hope that that special person, whether a foster parent or a coach or teacher, is able to connect with him on a deeper level and allow him the space to accept that his past does not define who he will become. Our stories shape us but they don't define us.


For now we say goodbye. And we heal. Thank you for your support and love. We appreciate all the kind words and gestures as we navigate these new emotions of loss.
3 comments: