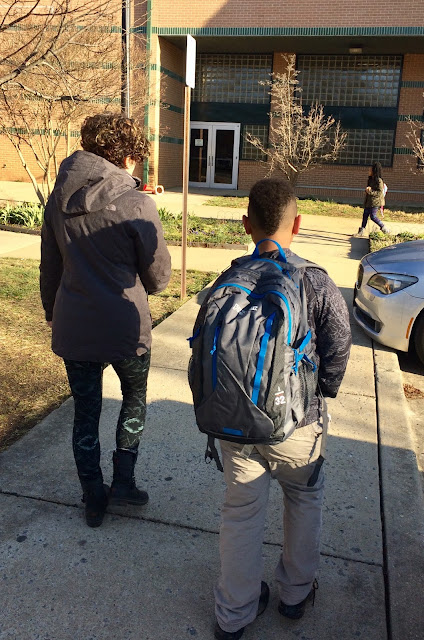 The moment when your sweet baby starts babbling sounds, every parent begins to coach them to say the word that associates with their role in the family; Mama, Dada, Nana, Papa. When each of my biological children became of the age of talking, like most children they uttered the word “Dada” before “Mama”. And at the time, married to their father, I felt a pain of jealousy in my chest.

With each boy, I rocked them to sleep at hours of the morning that in a previous life (pre-kid) only saw when I was closing down the club or bar. Like all the moms I knew, I nursed each of them until my nipples were literally bleeding. Carrying kids strapped to my chest/back, poised on a hip while arms are dangling $200 worth of groceries and a Thomas the Tank Engine Train under my chin, it wasn’t until years later that my back felt in alignment. And after all of the love and selfless devotion, the thanks we mothers get is the first name to be uttered from our sweet baby’s mouths is “Dada”? I read once that children say Dada first so that the father figure feels connected to the child since often times the mother is the provider of food and undoubtedly spends more time with the baby. Other theories suggest that making the "da" sound is easier for a baby to do. Regardless, it all makes sense in theory. But at the time, in my sleep deprivation, it felt like you might as well pull my heart out of my chest and stomp on it, in the dirt.

My wife and I are in the process of adopting a child from foster care, M. He’s nine years old and has lived in many foster homes. We’ve read in several books that it may take years before the child calls the adoptive parents “Mom/Dad”. During the five months in which we were visiting him at his prior placement he referred to us by our first names. And as my wife and I would lay in bed holding hands and talking we would wonder “When do you think he’ll call us Mom/Momo? I wonder if it will feel different?”

I imagined that hearing M call me Mom would feel special, as though we crossed some hurtle or stage in our relationship and attachment. I assumed, given all that we have read on the subject, that it would take a while and he would make a very conscious choice to switch from calling me by my first name to then calling me Mom. But that’s not at all what has happened. Instead right from the start of living in our house he’s made the decision on his own to call us Mom and Momo, the names that our other two boys call us. But it feels different. Because I'm learning that the name “Mom” doesn’t mean the same thing to him that it does for my biological children. My biological children know that I’m their person. That when they need something I will provide for them, that I’ll be the one cheering them on, loving them and caring for them no matter what because that’s what a Mom is.

To M, it’s different. “Mom” is simply the title of the lead female adult in the house. He tells stories that start with “My other Mom…” and he’s not talking about his biological mother. He’s referring to one of the many, many women that he’s called Mom while being in foster care. And I understand why it has happened, and how him being allowed to call the lead female in every house “Mom” made him feel included especially if there were biological kids in the house as well.

My brain understands it.
But my heart, doesn’t.

Because I want him to say “Hey Mom…” and for it to feel like he knows I’m his person. That he understands “Mom” means forever, not for just right now. That he knows no matter what, being his Mom means that I will care and love him. That we will always be cheering the loudest and no matter what we will always be here for him. I hope that someday, he does understand it. And that we don’t just become his all time favorite Moms and instead that those many women who have cared and fed him in the various homes in which he has lived…..that their names change and they become Molly* and Suzie* and Jennifer*. And that our names as Mom and Momo means something completely different to him…in his heart.

(* these are made up names and not at all the names of the women who have cared for my son while in foster care.)
2 comments: 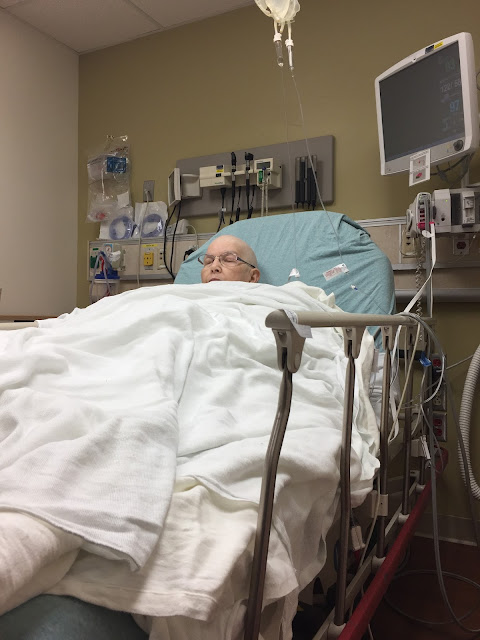 With my winter jacket on and my keys in my hand, I pace the small kitchen. I check the clock again and only five minutes have passed since the last time I looked. The headlights of her car catch my eye and I run outside and open the driver's side door. My dad has driven my mom to my house so that I can go with him to take her to the hospital. The call from him came at 5:30 in the morning, I bolted out of bed when my phone lit up the room. "She's not good.", was the first thing he said.

My mom is laying across the backseat of her Highlander SUV with a blanket covering her completely. I peer to look at her through the small space between the headrest and the door. My dad hands me papers, "what is this?" I ask. But as I look down I know exactly what it is, it's a stack of the comics that he saves for my kids from his newspaper delivery.
"Papers for the boys. You are going to drive, right?", he asks and that is when I see the look in his eyes. He's scared. My dad, this powerful and confident man...he's scared and he's looking at me to provide relief. "Why don't you stay here at my house, I'll take her." I offer.

I know that I'm the one who can do this job. When the house is on fire, you want me there. I'll get everyone out safely including the pets and I'll manage to magically grab important documents while maintaining being calm. Thankfully, I've never actually been in that situation but let's just say I'm really good in a crisis. People who are closest to me who have seen me in action, know what I'm talking about when I say that I'm going into "house is on fire mode".

All of my senses are on full alert. I hear her breathing labored and unsteady in the backseat. I make my way onto the beltway and the prayer begins in my mind. Whenever my body is resisting a panic attack the prayer starts; Hail Mary, full of grace... it stems from my childhood of going to Catholic School. We actually aren't Catholic, but at the time, the local public school was not very good and a Catholic School was only a mile from my parent's house. I gravitated to the rituals of this religion. I loved the kneeling, the standing, the signs of the cross. I loved the predictability, but we weren't Catholic so I secretly said the prayers to myself and the Hail Mary was my prayer of choice. It speaks to me and has this ability to calm my soul.

I weave between lanes, rush hour traffic is beginning to pick up. My fingers are gripping the steering wheel, causing white knuckles and my hands to feel cramped. "Blink, Gretchen blink", I say to myself out loud as I scan the rear view mirror for police as I speed over into the far lane doing 85. My mom rolls over onto her back, I listen for her breathing. There is such a long pause between each inhale. I hold my own breath waiting for her to breathe again, she let's out a moan.

"Please God....", I say out loud my voice quivering. I continue in a whisper...."Not today. I'm scared. I'm alone and I know I'm up for the challenge of taking care of my parents as they age but please God not today. Not here. Not now.".... I trail off as I exit the beltway and make my way to the entrance of the ER. I run into the doorway and grab a wheelchair, as I open the backdoor a nurse comes out to meet me. I lean in and touch my mom's legs and say kindly, "Mom, we're here. Hold on to my hands I'm going to pull you up." She moans. I look back at the nurse and the look on his face changes once he sees her bald (cancer) head. The wheelchair is one of those really wide wheelchairs and it's pulled in right behind me, the space between the wheelchair and the car door and me there isn't enough room for the nurse to help me get my mom out of the car.

"Now wrap your arms around my neck and pretend you are giving me a hug." I say to her. I place her arms around my neck and I squat down and I lift her with a strength that I didn't know that I had. I lift her completely out of the car and I place her so gently down into the wheelchair. I look up at the nurse and that is when I become aware of the shock on his face, surprised that I just did that on my own.  I quickly run through the details the way I've seen it done on TV shows. "70 year old. Cancer patient, my mom, weak and dehydrated. Diarrhea. Is not lucid." Short and direct, no complete sentences. A man in a black jacket takes the keys from my hand and puts a ticket in its place. Another nurse puts a bright yellow sticker on my chest, "Emergency Center".

The nurse and I together lift my mom out of the wheelchair and into the hospital bed. "What did you say?", the nurse asks me. That's when I realize what I've been saying out loud, "Holy Mary, Mother of God..."
"I'm praying", I reply. For years I've felt shame about my connection to prayer. So it became this secret thing I did that no one realized was such a strong force in my life, my family included. Though my father is a Rabbi does not mean that my family is religious or spiritual for that matter, quite the opposite actually. I took that prayer shame shawl off and I didn't care if we were in the ER and I didn't care that other people might see me or make fun of me for it. I held her hand and I prayed. "Please God, not now. I need her still."
No comments: