Pokemon Shooter Game- A Spin on Pin the Tail on the Donkey! 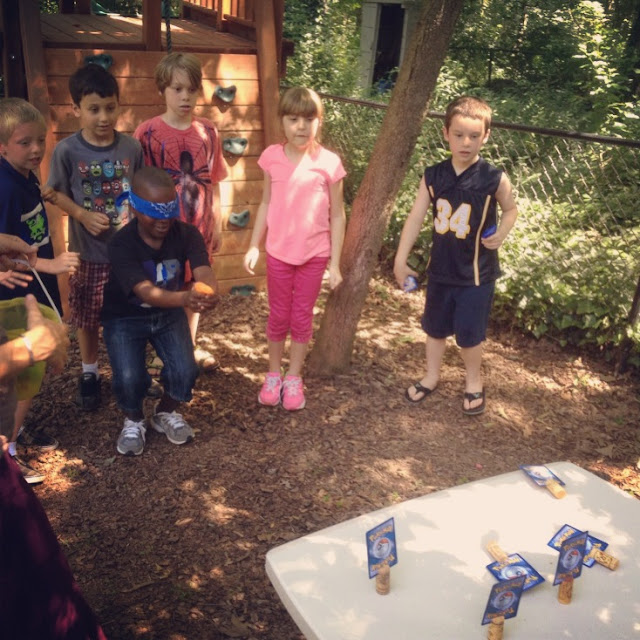 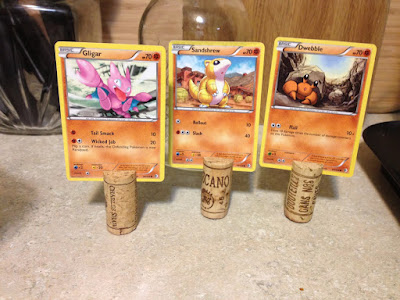 Here is what you will need to recreate this game:
I prepped the game by having all the water guns filled and in a beach bucket so we would be ready to play without delays. If you've ever thrown a kid party you know how important it is to keep things moving without a pause....so important! I reused the same corks and simply slid the cards into them on the next person's turn.

The Game: Once the child is blindfolded and spun three times, he/she has to listen to the other children to tell him where to shoot. Basically the other children are his/her eyes. Whatever cards the child knocks over in thirty seconds they get to keep those cards. So for kids who are collectors they were thrilled and for the kids who weren't, they were so excited to have a nice assortment of cards.

The kids loved this game and we played several rounds before they wanted to just refill the water guns and shoot at each other while they ran around the yard.