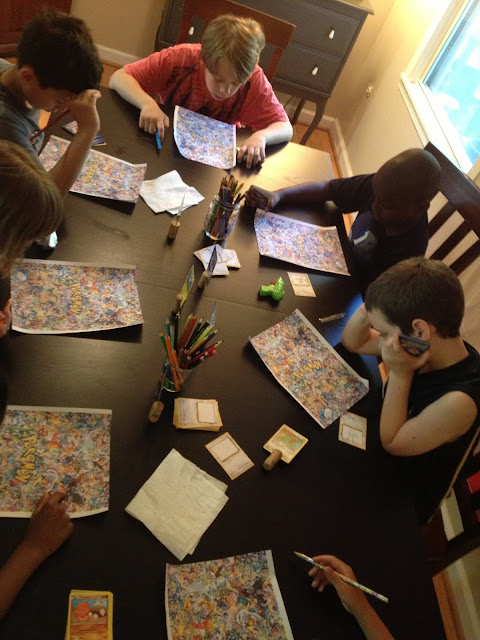 Pokemon Seek and Find Game: kinda like Where's Waldo
How we played the game, I put several cards out for all the children to see and take turns having in front of them. The idea was to find all of the characters on the cards. Whoever found them all first was the winner. This was a great game because I didn't have to be present to help them do it, I was able to sneak off to the kitchen and prepare the cake and ice-cream.

What you'll need for this game:

Don't forget to check out the Pokemon Shooter Game too!