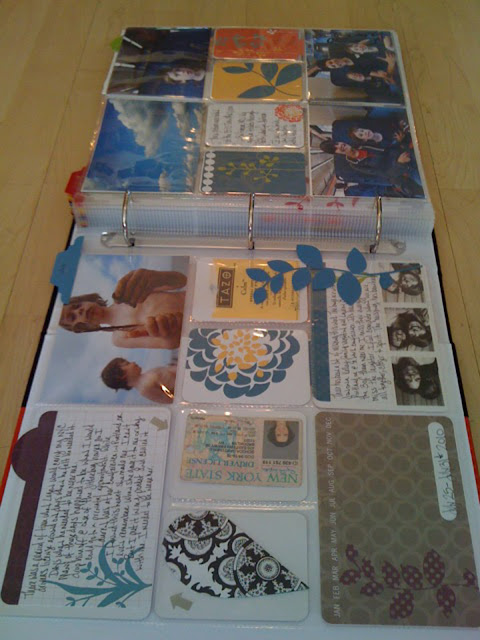 I was overjoyed when I saw that Becky Higgins released Project Life again. I was waiting for months to see it in stock on Amazon. My box came in the mail and I will admit I was hesitant at first to start it. I want it to be something great and the pressure I put on myself to create greatness can squash my creativity a bit. I just wanted to be sure that the way i started it would be what I wanted it to be...after days of not doing anything with it I laughed out loud at myself...what was I doing? Who cares if it doesn't start off exactly the way I envisioned it to. I can recreate it half way through. I don't have to stifle myself, this is my book after all.

Watch this video, she has some great ideas to get you started.


I decided that for my Project Life album I am capturing "a week in the life". I am combining pictures I've taken during that particular week, along with old photos that I have leftover from other layouts that are just taking up space and random photos of things that don't really have a home anywhere else but I love the look of the photograph so much that i want to add it somewhere. I'm also including bits of life, tea bag wrapper, to-do lists, receipts. I'm focusing on my story. My life. Sure the kids will be in there but instead of telling the story with the intention being that it is for them years later to know what they were like as kids, I'm telling it for me. I'm telling my story so that my kids will know who I was when they were kids. My thoughts, my fears, my joy. It's going to be brutally honest and beautiful. It's going to be me.