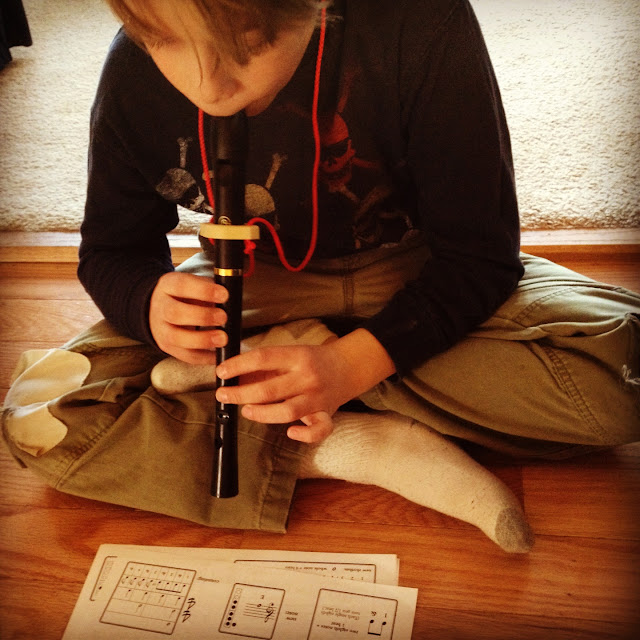 When you have a child of the Autism Spectrum it’s hard to avoid becoming consumed by comparing your child with typically developing children. IEP (Individualized Education Plan) meetings don’t help, you sit around a table with professionals working with your child on a daily basis at school and discuss the ways in which your child is developing and meeting goals for his age, almost all of his goals are goals that come naturally for other children.


For example one of the goals on my son’s IEP is to have a back and forth conversation with a peer without prompting. That doesn’t seem like much, I know, but recently when my son, L, had a friend over and I heard them playing in his room I stood out of eyesight to count how many times they had a back and forth conversation- five times! I had to resist the urge to go in there and give him a huge hug and tell him “You did it!” because he’d just look at me with a confused face, “Did what?”. Instead I quietly celebrated in the hallway while tears made their way down my face, and then emailed and texted everyone who would understand what a huge accomplishment this was for my son.
This past week L ran out of the school building with a huge smile on his face holding something in his hand that resembled a magic wand in a carrying case. It was the recorder that we ordered in the beginning of the school year, I completely forgot about it but apparently L never did. He has an amazing memory, most children on the Autism Spectrum do. When L was two years old he couldn’t form sentences to have a conversation yet he had our entire bookshelf of children’s books memorized and would recite lines from the books to answer questions in real life. He did this with movies and television shows as well, after watching a television show or movie only once he had it memorized and would play with his Thomas the Train by reenacting the show he just watched.
L was waving the blue case over his head. “Look Mom! Look it’s my new instrument!” Once we arrived home he immediately took the recorder out of the case and demonstrated how to wear the safety string around his neck so he doesn’t drop it and then began teaching himself how each note is played by the little book of sheet music the teacher handed out. I assumed they had gone over all of this in class. I should let you know that when in music class my son wears noise reduction headphones and often begs his aide to take him out of the class because the noise is too loud. Yet here he was so excited about learning to play an instrument.
I checked my email while he went over his sheet music and enjoyed the little notes being played behind me.
“Mom do you want to hear my notes?”
“Of course I do buddy.”
When I turned my attention to him I noticed the sheet music didn’t indicate what note he was playing. In order to play the song he had to be able to read music.
“L what note is this?”, pointing to the F on the treble clef.
“F.”
“And what about this one?”
TO CONTINUE READING CLICK HERE