End of the School Year with Autism 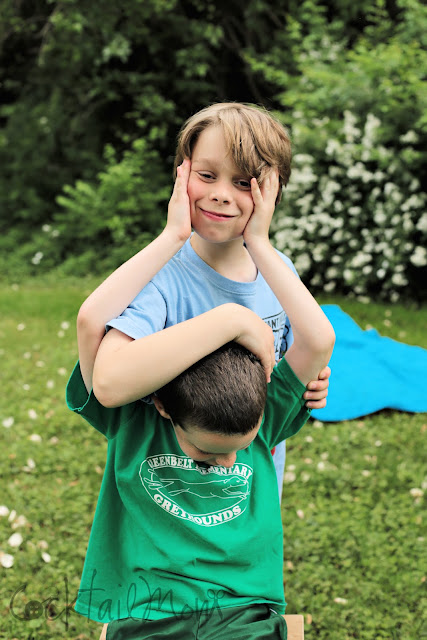 When I look back on the course of our time at Logan's elementary school, I'm amazed at how far we have come. It has not been an easy road, there have been many struggles over the years. There were several meetings during the kindergarten and first grade years where I felt like the mama lion protecting my child.

This year has been different.

I don't know if it's because Logan is older and his understanding of the world has grown along with his understanding of himself and his needs. Or if it's because we have a team of staff who really work hard to help him be successful. We also have a new principal that actually listens to the parents and really hears their concerns. As a mom to a kid on the Autism Spectrum I am extremely thankful for that.

Every school year is different and though I am proud of Logan's accomplishments (honor roll all year long!) I have a bit of anxiety about the next school year. Not knowing who will be his teacher, will it be a good match? Will the teacher have compassion? Will the teacher really try and teach him or let him slip by?

I'll be honest this year has been nice, I haven't had to yell or threaten to bring in a lawyer (both things I have had to do in the past). Logan's teachers this year were engaged in his learning and open to ideas to help him adapt to the classroom environment. I am forever thankful!

I had one wish.

Logan spent every recess walking around the parameter of the playground imagining in his mind. I don't know if anyone ever came up to him and invited him to play. I would ask him everyday after school, "who did you play with at recess?" And everyday the same answer. It breaks my heart to think of him alone in the world without a friend.

In the very beginning of our Autism journey I was sitting in the waiting room with my younger son, Zane, while Logan was attending his bi-weekly speech therapy appointment. A veteran Autism mom looked at us and said "you gave your son with Autism the greatest gift by having another child."
At the time I didn't really understand what she meant by that, but now I do. Logan will always have Zane as a friend and a brother. Even on those days when Zane annoys him and won't stop talking...he can count on Zane to be in his corner.

I didn't understand it then, but I do now.
He does have a friend, it's his brother.