College Park Patch: Beyond the Influence 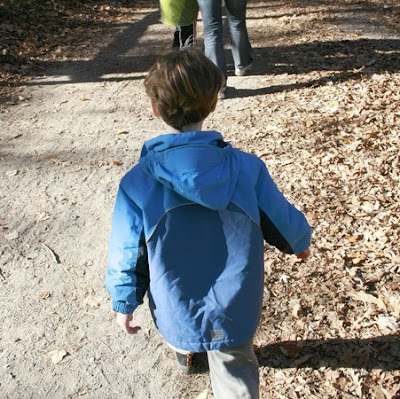 "You can do whatever you want at this house," my youngest son says to me while dropping Doritos on the grass instead of throwing them away in a near by trashcan. Or disposing them on the plate I am holding.
"Excuse me. Who told you that?" I reply.
"That kid, he said we can do whatever we want." Z points a finger toward the five-year-old he just met at a friend's cookout. This child is clearly "cool": he's sporting spike and leather bracelets and a Justin Bieber hairdo. Obviously his fashion is influenced by an older tween brother.
This kid is a good kid. I know his parents, but together Z and this boy are ready to see how far they can cross the line.
I worry alot about my oldest son and bullying because he's on the Autism Spectrum. There have been times when I've had to interjet when he's been tormented by his peers, moments when they thought no adults were looking. Often L doesn't realize that he's being picked on, or being set up to have to fight for his toy or give up.
My youngest son, though, is very adaptable. He's the type of kid that flows with the current. He knows better than to join in bullying, but when other kids aren't making the safest or wisest choices, he can sometimes be found following along.
I have to refrain from saying "If Joey jumped off a bridge, would you do it too?"
Along with nightly spelling words and reading readiness, we will have daily conversations about making your own choices in our house. Even though your friend gets a larger laugh from the group by making fun of the opposite gender or another race, that is not the behavior in which I have instilled in my children. I expect more compassion. Right now it's dropping Doritos on the ground, but in ten years it could be something entirely different. I recognize that. After yesterday I will add to my Mommy List of Worries: influences.
Have you talked with your children about not being influenced by their friends and making their own choices?