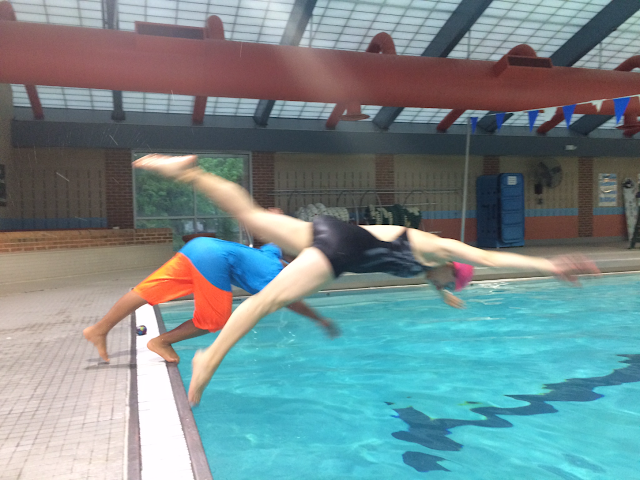 I have struggled with perfectionism my entire life. And now I find myself parenting a child, Z, who struggles with it as well. In my own life, perfectionism has directed my internal drive to succeed, it has pushed me to go further than I ever intended in some areas of my life. The result is that I have mastered a compilation of several skills but they are out of place and not in line with my true passions. All because my perfectionism, which some may see as determination, is paired with my own personal struggle with failure.

That fear of failure has kept me in jobs or situations (my first marriage) longer than I should have been because I couldn't see that it was not the right fit or a healthy environment. My need to do it right, to fix it and be perfect at whatever "it" is....that thing quickly turns into my struggle with "failure". As a child it looked more like repetition and maybe you can identify; Does your child rewrite her answers until she deems her handwriting looks good? Does she practice something over and over again, a dive into the pool or throwing a baseball, until she accomplishes what she deems good enough though to you it looked great twenty minutes ago?


I can see through parenting Z how perfectionism can also turn into paralysis. For him, he sizes up the situation or the task and if he determines that he can't be perfect at it right away then he won't even try it. Like many parents, as I parent him I come face to face with my own issues. And I'm trying to do better, to be better and to fail more openly so that he and others can see that I too struggle and make mistakes. I'm also resisting the urge to redo things in order to put out a perfect product. I'm allowing the imperfection to be in my life and to be okay with it.

In Brene´ Brown's books, Daring Greatly and then the one that follows Rising Strong, she unearths the shame that is often associated with failure and the lessons learned by first taking the risk, then failing and then getting back up. She was motivated by Theodore Roosevelt's Man in the Arena speech, I wasn't familiar with this speech before reading her books but now I often refer to it in moments of true struggle with perfectionism.


"It is not the critic who counts; not the man who points out how the strong man stumbles, or where the doer of deeds could have done them better. The credit belongs to the man who is actually in the arena, whose face is marred by dust and sweat and blood; who strives valiantly; who errs, who comes short again and again, because there is no effort without error and shortcoming; but who does actually strive to do the deeds; who knows great enthusiasms, the great devotions; who spends himself in a worthy cause; who at the best knows in the end the triumph of high achievement, and who at the worst, if he fails, at least fails while daring greatly, so that his place shall never be with those cold and timid souls who neither know victory nor defeat."

Brene´ Brown ties the representation of the arena beautifully into the practice of parenting, “Raising children who are hopeful and who have the courage to be vulnerable means stepping back and letting them experience disappointment, deal with conflict, learn how to assert themselves, and have the opportunity to fail. If we’re always following our children into the arena, hushing the critics, and assuring their victory, they’ll never learn that they have the ability to dare greatly on their own.”

Whether you try again or move on to something else doesn't matter. It's more important to try and fail than to never have gotten in the arena in the first place. That's what I want to teach Z. And my job as a parent is not only to be a good example of this myself, to allow my attempts at something to be seen and accept that though it's not perfect it is also not a failure. To allow myself to be vulnerable in that uncomfortable space and also to step in and push him to try something even though he may not be perfect at it right away or ever. I want to create space for us to embrace our strengths and our struggles and to feel confident in the process of trying something new. I'll probably fail a few times, but this perfectionist is going to parent in the arena.

Email ThisBlogThis!Share to TwitterShare to FacebookShare to Pinterest
Labels: Parenting