Adoption from Foster Care- The Map of Our Family 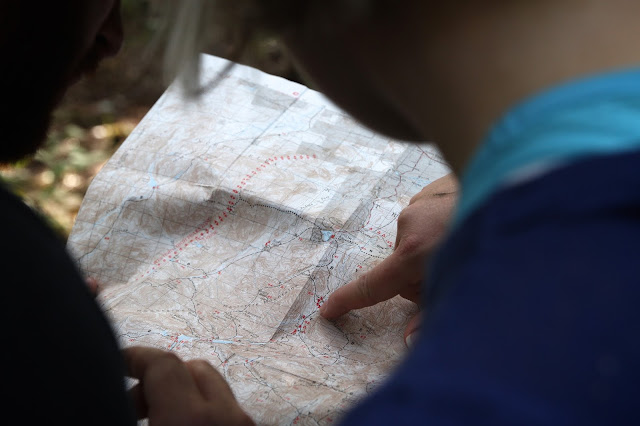 It was just my wife and I picking up our newest son for a day visit to go out to eat for lunch, he is a foster child that we are adopting from another state. We have to wait for the ICPC contract to be finalized in order for him to come and live with us and so in the meantime we drive two hours each way, every week to visit with him for the day.

He decided he wanted to eat at Chipotle, we let him choose since the older boys were with their dad for the weekend which means no one needed to compromise. He's sitting in the backseat of our Element SUV, the Element has these funky doors which requires the front seat passenger to open the door for the person in the back.

As he's getting out of the car he says, "so L and Z were adopted too?"
"Nope, I gave birth to them both.", I reply very matter of factly.
He looks at me with a puzzled expression on his face.
"They both grew in my belly.", I offer.
Even though he's nine years old I don't want to assume that anyone has had the "where do babies come from conversation".
"So you were married to their dad?", he asks.
"Ah, yes I was. And then we got divorced and then I married Momo."
"Didn't some people think it was weird that you married a woman after being married to their dad?", he asks with such innocence on his face.
"I'm sure there were several people who thought that.", I immediately reply as we make our way around the car and into Chipotle. He then looks up at my wife, "so you got divorced too?"
My wife does an amazing job just picking up the conversation without being privy to the first part of it and says, "No. Gretchen is the first person I married."

We walk into Chipotle and he begins to contemplate the decision between tacos or a burrito. He's going back and forth and you can tell that this decision seems huge to him and may impact his whole day by the value he's giving it. He decides on the burrito and his body relaxes as he tells the employee, very confidently, all the things that he wants on it. When we get to the counter to pay he turns to me and says, "I think those people are stupid who thought it was weird for you to marry Momo."
"I agree with you. We don't need those people in our lives, do we?"
"Nope.", he says with a huge smile and a twinkle in his eyes. I give him a hug and I can feel him exhale what feels like a huge weight of stress.

I know that we will have several conversations like this one as he learns the map of our family and the many twists and turns that it has made in order to be created. Divorce, marriages, children- generation after generation a new twist and a new turn. The best part is, he's on the journey with us and now a part of a family.

Every day my respect and love for you and L grows wider and deeper. This new little guy is blessed to be headed your way. Proud and honored to be in your family circle of inclusion and love.

This is just beautiful. I'm so happy for you new guy!! What a family to become a part of!!