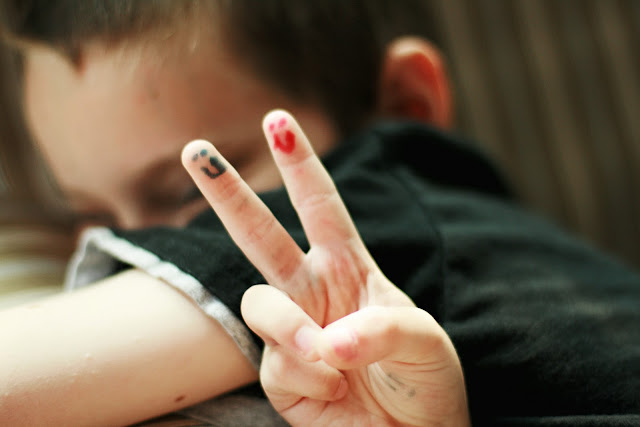 It’s that time of year; the buzz around everyone’s dining room table is about school starting.
In our house we are dealing with a lot of anxiety about that first day. The mere mention of school triggers tears to well up in L's eyes. He’s worried about his teacher ... Will she yell? Will his aide be returning? Will he know anyone in the class? The list goes on and on.
Z doesn’t display the same outward anxiety, and instead quietly bows his head and stops talking -- a sure sign that something is abreast because this child never stops talking.
He’s changing schools this year and I know he’s secretly worried about it. When asked, he acts as if he doesn’t care … It's not a big deal. But that is just the front he puts on to the general public. As the mom, I can tell there is something more brewing under his nonchalantness. To continue reading click here.